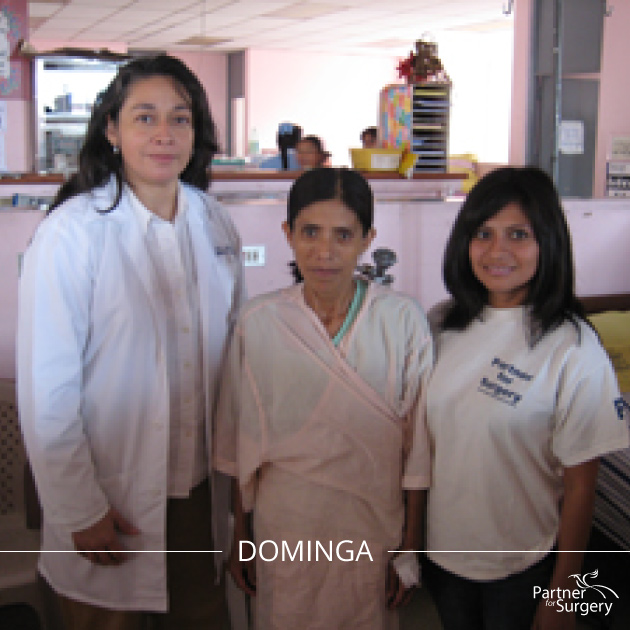 By Partner for SurgeryDecember 28, 2016Stories
No Comments 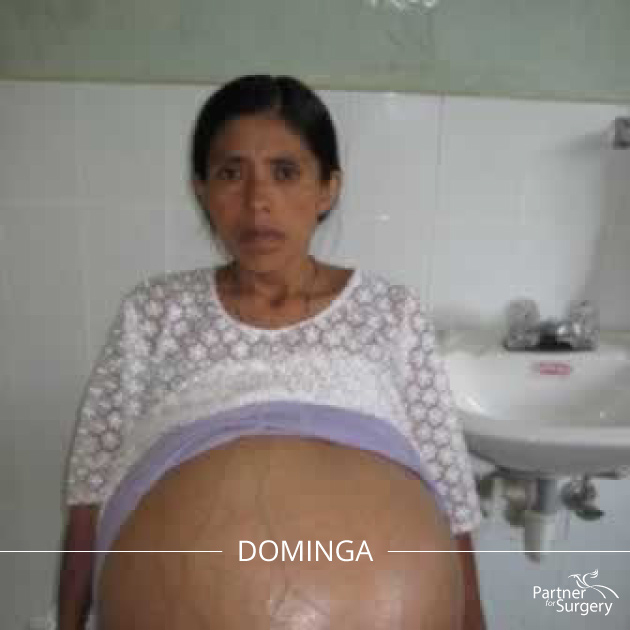 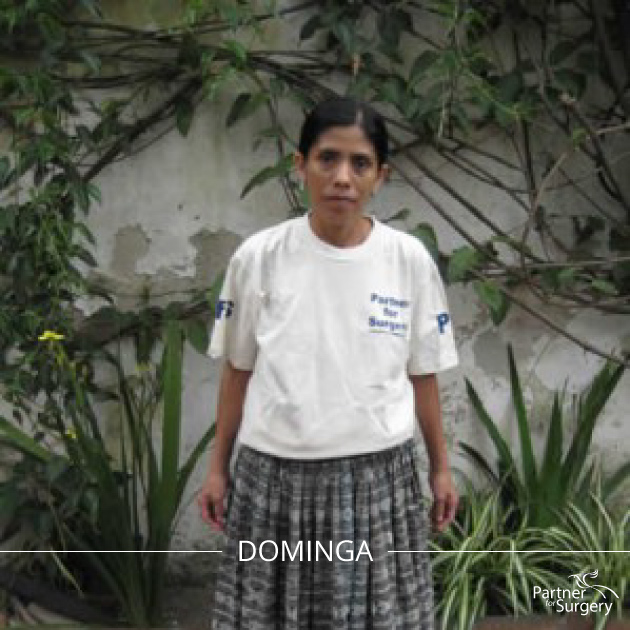 Eleven years ago, after the birth of her second child, Dominga Pop Wayna noticed that her abdomen was still extended. Not only did it not return to its normal size, but it continued to grow.

After the birth of her last daughter, her abdomen became so large that she was unable to work, causing her husband to leave her alone with their three children.

Dominga was 36 years old when we met her in 2013, from a small hamlet a one hour walk outside the village of Campur, Alta Verapaz. Her was about eight hours from the capital, the last two hours down a one-lane dirt road.

On the 2nd of May that same year, Dominga went to Obras Sociales in Antigua Guatemala for her surgery. Because of the advanced state of her condition and the risk involved, the Obras doctors decided that it was a more complicated case than they could safely handle in Antigua. However, through some connections with the Obras gynecologist, Dominga was referred to the National Hospital in Guatemala City. Her first appointment was scheduled for late May, so Dominga went home to be with her family. The day for her return trip to the capital came and Dominga did not show up at the appointed in time to travel with the Partner for Surgery Health Promoter.

The Health Promoter searched for her but Dominga had disappeared. No one knew where she was and it appeared that the fear of surgery caused her to hide. One month passed with no news from Dominga, until one day she called the Health Promoter and said she was ready to make the trip. She had said goodbye to her family and was ready for surgery.

Dominga traveled with the Health Promoter, Andrea Alvarez, to Guatemala City where she spent two weeks undergoing extensive tests to determine how big the tumor was, which organs it was affecting, and to verify that it was not cancerous. After two weeks she underwent an all day surgery to remove the 77 pound benign mass from her abdomen. When Dominga was weighed after surgery, she weighed only 74 pounds. The ovarian cyst was heavier than its host.

Dominga spent the next month in the hospital gaining weight and learning how to walk again. On Sunday, the 26th of July, Partner for Surgery took Dominga to her home, where her family was waiting with the community to receive her.