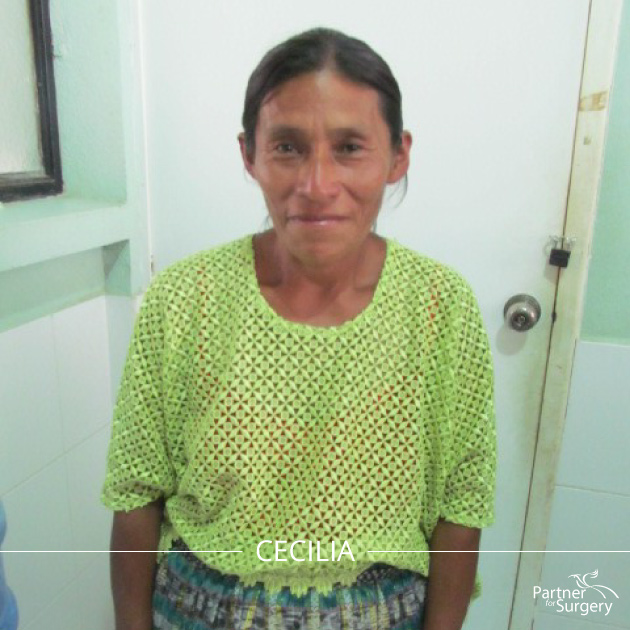 By Partner for SurgeryJanuary 3, 2017Stories
No Comments

Cecilia Maquin lives at the Aldea Cojaj, in San Pedro Carcha in Alta Verapaz. She and her husband, Mariano, have two children, one of 8 and the other one of 12, both going to school while her husband works as a farmer. She has a simple home in the village and there’s no drinking water readily available, nor electricity due to the distance from the town.

At 46, she had been suffering with a hernia for 5 years. She had consulted many doctors but all they did was medicate her, which did little to help her. After a while, her neighbor told her about a health promoter working at an institution that helped people with financial limitations who needed surgery. She got the phone number of Isabela Ical, who informed her of the medical day that would be held in Chamelco where she could be properly evaluated.

Cecilia introduced herself that day and the doctors told her about hernia and informed that would need to travel to a different location in order to get the surgery. She was afraid of travelling to a place she was not familiar with and far from her home. Her husband told her to get some money for the trip and go get the operation she needed.

“Thank God for being in Antigua. I realized that there are many more people with the same problem or even worse.” She was operated in August, 2016. “I am grateful to God for keeping me alive for the operation, to Partner for Surgery for the great work they do with so many patients, and to the doctors for their work. God bless each one of them.”