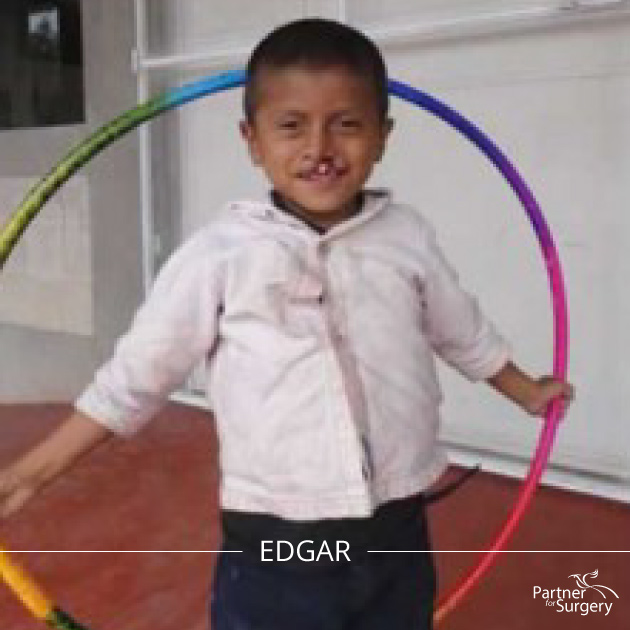 By Partner for SurgeryDecember 29, 2016Stories
No Comments 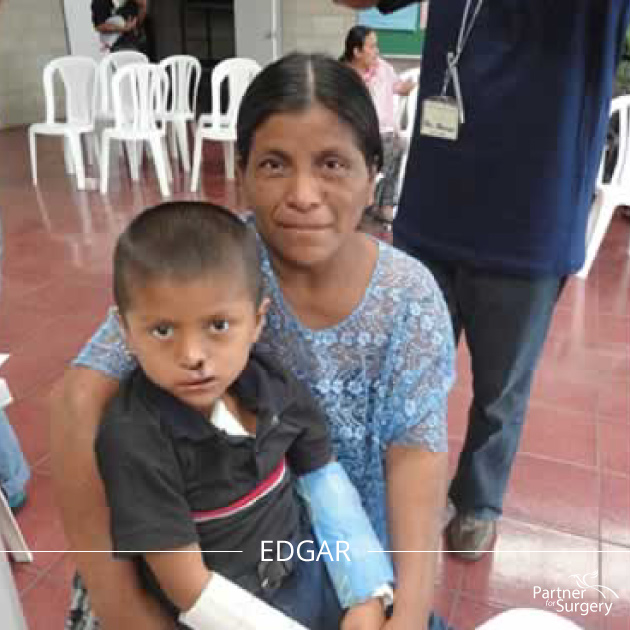 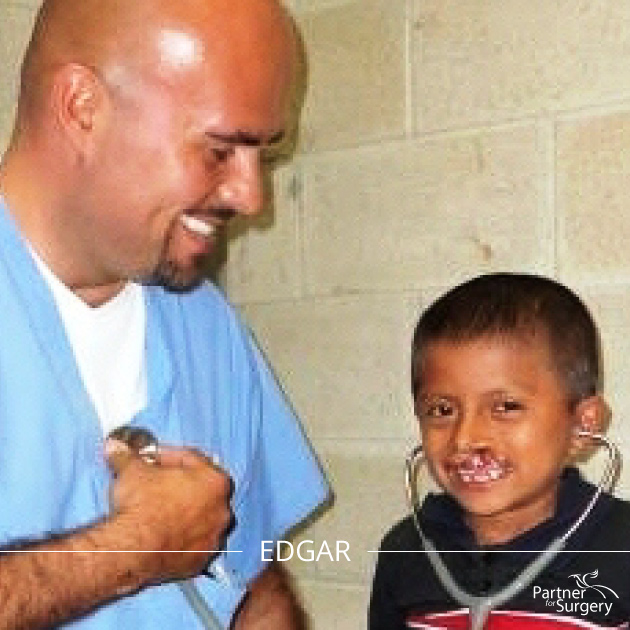 Edgar won the hearts of many during the Faces of Hope mission in July of 2011. Although he spoke only Q’eqchi’ (an indigenous dialect from Alta Verapaz) he communicated through hugs and smiles. He had lots of energy and a mischievous demeanor. By day two of the mission all of the nurses and doctors knew exactly who Edgar was.

He waited patiently until the last day to finally undergo his first reconstructive cleft lip surgery after living with it for 7 years. During the operation, we got the chance to sit and chat with his mother, Manuala. She was an older tired looking indigenous woman who you could tell loved her son dearly. She told us that they came from Tuila, Alta Verapaz, a village that is home for 200 families. She is a widow with 7 children. Edgar is the second youngest, and the only one born with a cleft lip and palate.

She gave birth to him in the home and told us that it was frustrating and sad when he was born. They didn’t know what they had done to deserve this. The community told her to leave him, he was not worth it. Other families had done so when a child was born with a cleft. Manuala said she felt sad about that and couldn’t leave him. He was her son no matter what defect he had. He could not breastfeed and as a result was not growing. Two different plastic surgery missions passed through when he was 1 and 2 years old. However, each time he was rejected due to his low weight, which put him at risk for surgery. She did not send Edgar to school for fear of how the other children would treat him.

This mission was a second chance for her Edgar. Manuala was excited to enroll him in school with a normal lip. She felt for the first time since her husband passed away there was hope for Edgar. A couple hours later she cried as she saw her little boy transformed and hopeful for the future.