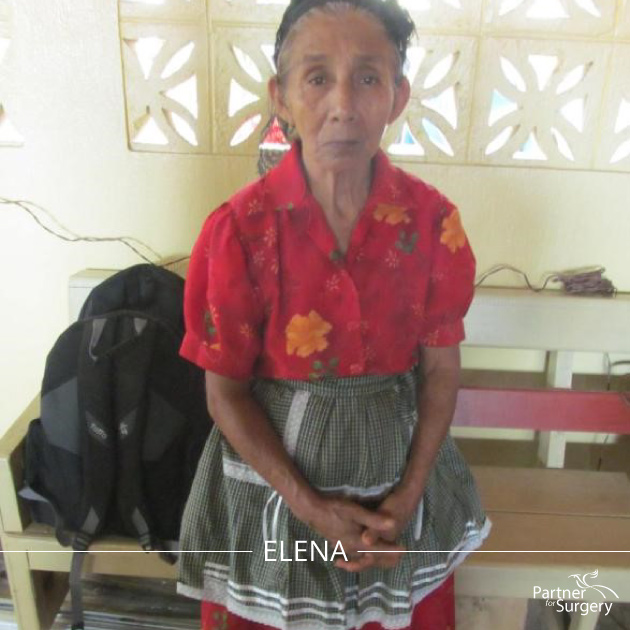 By Partner for SurgeryJanuary 4, 2017Stories
No Comments

Elena Carrillo Luis is a 75-year-old widow with 4 children: two men and two women. With a simple built house in the Aldea San Lucas of Ixcan Playa Grande, Quiche, she hardly ever left her community because of a disease.

She was ill for six years and went to the APROFRAM clinics where she was told that she had an inflamed uterus. The treatment she received did not work and she decided to take natural medicines on her own to help calm the discomfort, although the pain was still very strong at night.

In June 2016, Partner for Surgery held a medical day in Ixcan where she was evaluated once again and the doctors told her that she need an uterine prolapse operation. Her health promoter, Julio Sel, told all about the process and explained the steps before the surgery. Elena was afraid that, because of her limited financial resources, she might not get the surgery afterall.

Fortunately her worries were lifted thanks to Partner for Surgery‘s intervention. “Here I am, grateful to God and already operated, now the pain is minimal. I thank the institution, the doctors and the health promoters for the support and the follow-up they gave me. Now I’m happy and thankful for the opportunity that was given to me”, Elena told us in July, one month after her evaluation.