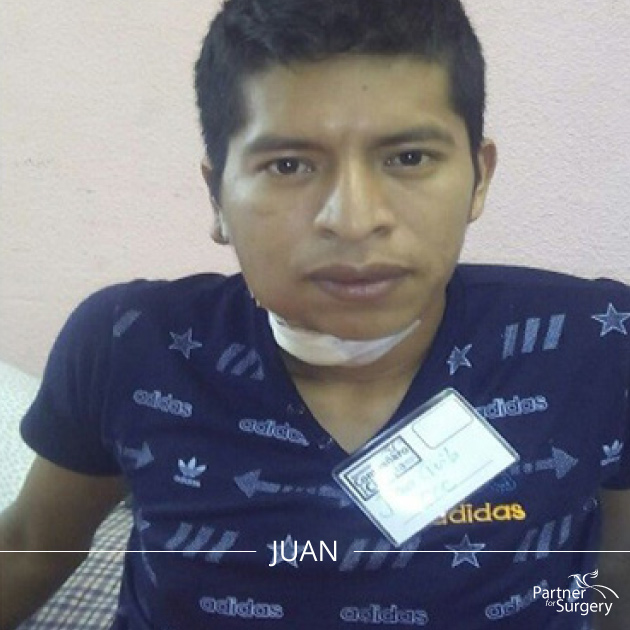 By Partner for SurgeryJune 29, 2017Stories
No Comments 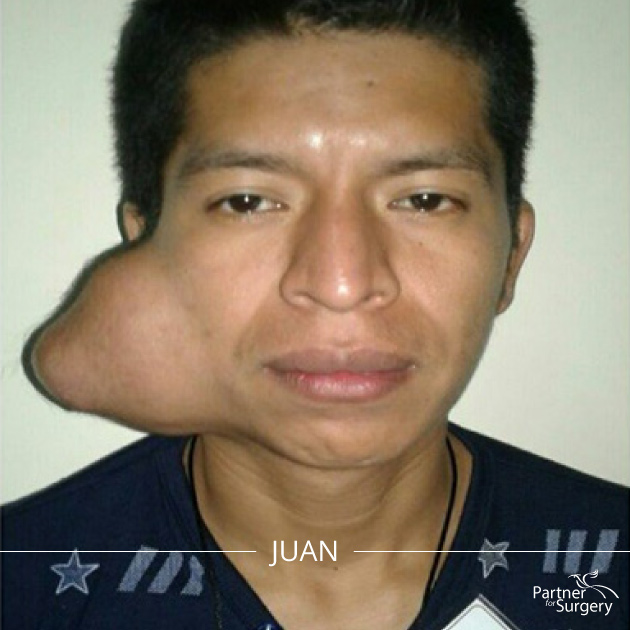 Three years ago, Juan looked for help from the national health system after a mass began to form on his neck and face, however he was told that nothing could be done. Living in a very hot area, he would wear a hoodie everyday in order to cover the mass, but he would still get bullied, significantly lowering his self-steem.

In June 2016, we identified him during one of our rural missions, and a surgery was scheduled with a neck specialist from Cape Breton. In the following surgical mission in February 2017, Juan’s mass was removed, and so was his hoodie.

Juan simply could not believe the before and after pictures we showed him. A few weeks later, he called us and told us how much we were able to change his life. He found himself a job and a girlfriend.

All he needed for a life change was the opportunity to receive proper health care.