Karla is a Honduran woman in her mid-40s, living in Tactic, Alta Verapaz, Guatemala. She attended a Partner for Surgery Mobile Medical Mission in June 2019 for a mass on her face and neck and was diagnosed with a Giant Right Parotid Mass. It’s been a long road for Karla and her journey continues even to this day, but Partner for Surgery Guatemala (Compañero para Cirugía, or CPC) has been with her the whole way. Read on to learn more about Karla’s patient story.

When Karla walked into the Partner for Surgery Mobile Medical Mission on June 19, 2019, she was nervous. A mass had grown on her face and she hoped the doctors there could help her. Partner for Surgery Guatemala/CPC volunteer Brendt Enroth was responsible for helping doctors with translation and he made Karla feel comfortable and safe. Dr. Andrew Mason and Catherine Pattinson evaluated her and when it was over, Karla expressed happiness and relief that she’d finally been able to have a doctor examine the mass. She registered on the surgical waiting list and CPC Health Promoter Marta de la Cruz followed up. In July 2020, Karla was again on the surgical list to have her mass removed, this time with the Osborne Head and Neck Foundation surgical team. This time, however, the pandemic travel restrictions stopped the team from getting to Guatemala. Once more, Karla had to wait.

Through the waiting, Karla remained grateful to Compañero para Cirugía and Health Promoter Marta de la Cruz for not leaving her alone and for giving her the strength and confidence to keep waiting.

In 2021, as soon as the CPC knew that the Osborne Head and Neck Foundation team was coming, Karla was notified. 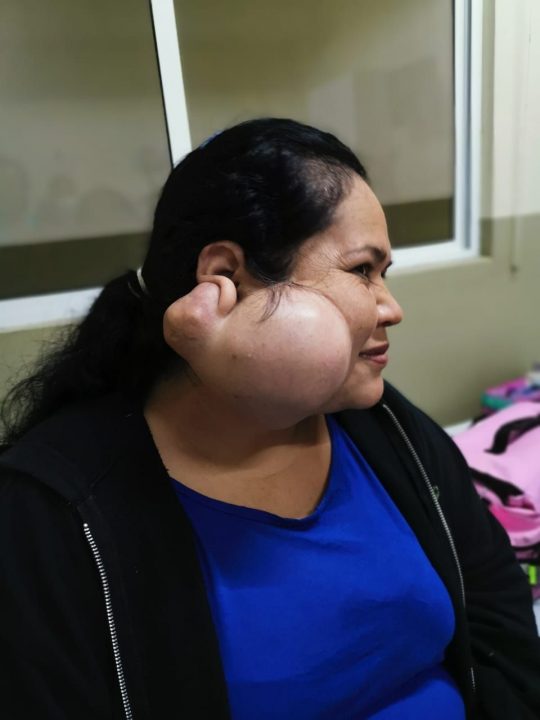 On Thursday, February 24, 2022, Karla, Marta, and the rest of the team’s patients traveled from their communities to Guatemala City, arriving in the Acaya Shelter late that night. A CPC doctor examined Karla on Friday, February 25, and had her labs and tests ready to be triaged by Dr. Ryan Osborne, one of the leading head and neck oncology experts, and Dr. Ronen Nazarian.

During her evaluation, they were also able to remove a mosquito, which had inserted itself into the mass near her ear. She was pleased to have that issue resolved.

After that, the doctors said she was ready to receive surgery and explained that the procedure would be a long one. Karla understood, but she could not be happier about having the mass finally removed after years of waiting.

What No One Anticipated

Sadly, the waiting was to continue. On the day the surgery was to take place, doctors were completing a routine pre-operative evaluation when they discovered Karla’s blood pressure was significantly above the normal range. They tried everything possible to bring it down, but nothing helped. The surgery was, once again, canceled. 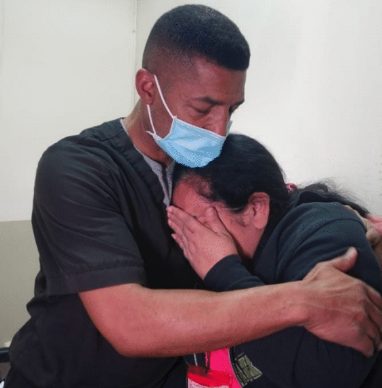 Everyone was devastated – Dr. Osborne, the team, and most especially Karla.

She couldn’t believe it but said she knew God had other plans and she must trust them even when those plans didn’t align with her own.

Dr. Osborne and the team told Karla they weren’t giving up on her. They told her they wanted her to travel to Los Angeles, CA, USA, to remove her mass at the Osborne Head and Neck Institute and even promised to pay for all of her travel expenses.

Karla was speechless. The love, care, and compassion that the team had shown her were beyond what she had ever imagined.

“I never felt so loved before,” she said. “Not even before this giant mass started to grow on my face. I am so grateful for the opportunity that Compañero para Cirugía has given me. Since June 2019, they have held my hand and accompanied me on this journey, which allowed me to meet Dr. Osborne and his team. God bless you and your family.”